Bonjour, fellow travelers!  On my quest to visit 52 countries in 52 weeks based on the cheapest flight every Tuesday, my first stop took me to the City of Lights – Paris.

From bread and cheese all day every day, to sparkling monuments around almost every corner, it’s just one of those cities that is impressive in every way. Here are my tips and tricks for what to eat, what to see and how to get around –  and how to do it on a backpacker budget if you have to.

Let’s start with the obvious, the Eiffel Tower! This iconic metal triangle was actually hated by Parisians when it was first opened back in 1889 but has since become one of the most famous buildings in the world. Going up to the top with the lift will set you back €25.50, and you might be waiting a while for your turn, but you’ll be rewarded with a beautiful view of the Champs de Mars and Trocadero on the other side of the Seine.

If you’re really tight for money and don’t want to pay to go up, there are plenty of stunning viewpoints to get a glimpse (and a great shot) of the tower. Visit Trocadero to get a straight-on view from right across the river. Have a picnic dinner in the Champs de Mars and see the tower sparkle every hour from sunset, or take the perfect Instagram shot from Pont Alexandre III or Pont de Bir-Hakeim bridge with the Eiffel Tower in the background.

Take a history or art lesson

Culture, art or history buffs will LOVE this city, with museums and galleries of all different types dotted around the city. Say bonjour to the Mona Lisa and thousands of other works of art at the Louvre, dive into Europe’s largest collection of modern art at Le Centre Pompidou, visit Musée des Arts et Métiers to wander around exquisite buildings filled with scientific treasures, or head to Musée Picasso to see some masterpieces from Picasso himself as well as his fellow artists.

Looking for something a bit more obscure? Be sure to check out the Catacombs, a 3000km network of tunnels running under the city, home to the bones of over 6 million Parisians. In the 1700s the city’s cemeteries were getting full, so a bit of ingenuity kicked off the movement from graves to the tunnels underground. Insane? Yes. Incredible to see? Also yes. Not for the faint-hearted, for obvious reasons!

Shop up a storm

Whether you’re into fancy designers, chic boutiques or vintage threads, Paris is guaranteed to satisfy any shopaholic’s needs… But maybe at the detriment of their wallet! If you’re looking to treat yourself to a special purchase you’ll need to check out the Faubourg Saint-Honoré district, you can find flagship stores of all different brands and budgets down the Champs-Elysées, and Le Marais neighborhood is home to some of the trendiest boutiques around.

I haven’t been to Moulin Rouge so I can’t speak for that one specifically, but I can say that it was way out of my budget (at least €100 per person not including food or drink). This was a shame because I was super keen to see one of Paris’ famous cabaret shows!

Then a friend of mine told me about La Nouvelle Eve, a smaller cabaret just down the road from the Moulin Rouge with fantastic reviews and much lower prices. We paid €59 each which included half a bottle of champagne too, plus the venue was smaller and less people than the ‘main’ shows so it felt a lot more intimate. There were the usual cabaret dancers plus some acrobats and other performers, and some hilarious audience participation. If you’re looking for a cabaret show on a budget, La Nouvelle Eve should be on your list!

The lifeline of Paris is the River Seine, which snakes its way through the middle of the city, separating the Right Bank from the Left Bank. The river brings some calmness to the craziness of the capital, and its banks are hang out spots for locals throughout summer, spring and autumn.

Take a wander along the river banks, grab a drink at one of the many riverside bars, or hop on a Bateaux Parisiens (that’s what the river boats are called) and cruise past all the major landmarks. If you can afford an evening cruise then that’d be even better, as most of the city’s main monuments light up after dark.

Paris is made up of 20 different arrondisements, numbered from 1 to 20, which are administritave districts (kind of like boroughs). Then there’s suburbs within the arrondissements. Slightly confusing! Here are some of my favorite Paris suburbs.

Located right by the river on the Left Bank, the Latin Quarter is a youthful suburb packed with loads of cheap eats. The Latin Quarter is home to restaurants of all different ethnicities, and most of them offer fixed price menus that will give you a two or three course meal from only €10, sometimes even including the drink. That’s a win! I’d recommend Mobster Diner for a casual dinner, Chez le Libanais for a takeaway shawarma, or L’Époque for classic French fare, and you can’t miss the panini, crepe and soft drink deal for €5 at Crêperie Genia.

There are plenty of delicious eateries that fit a backpacker budget in this part of town, so I’d suggest heading there for lunch to wander the streets and find a menu that tickles your fancy.

More of a main road than a neighborhood, this stretch in the central city is 1.2 miles long and leads from the Place de la Concorde all the way to the Arc de Triomphe. It’s the most touristy part of the city for sure but the wide footpaths make it not too difficult to get around, despite the thousands of shoppers and visitors. You can shop ‘til you drop, refuel with a sugar hit with macarons from Ladurée or Pierre Hermé, then wrap up your day with a walk up to the top of the Arc de Triomphe for a gorgeous view over the city.

This hillside neighborhood has got to be one of the most arty places in Paris, with local sketchers and painters lining the side streets surrounding the beautiful Sacré-Coeur sitting on top of the hill. Pick up a piece for your wall, opt to sit for a caricature if you’ve got the time and funds, or simply wander around admiring the artists’ skills.

Visiting the Sacré-Coeur is free and it’s open from 6am. It’s a fantastic place to go for sunset too, with an unmissable view of the sprawling city and loads of spots for a picnic dinner. Be sure to stop into Crêperie Brocéliande for a Nutella and banana crepe for dessert!

Hands down the trendiest suburb in the city, Le Marais is home to the most stylish boutiques, cafés, bars, restaurants, hotels and even offices! This place is best discovered by strolling the streets with no particular end point in mind, and I guarantee you’ll stumble across something special. It’s also the heart of Paris’ LGBT scene, with rainbow installations scattered throughout the neighborhood during pride month each year.

For a true Parisian experience, dress up in something nice, head to Le Marais in the early evening and grab a patio table and a glass of wine and people watch the night away. Les Philosophes is a local favorite!

How to get around

One of the best things about Paris is that it’s super easy to walk between loads of the key spots, and on the way you’ll definitely come across some gorgeous corner cafés, funky gift shops and ultra-cool boutiques. If you have the time and energy, I’d really suggest challenging yourself to a no-transport day, and see what you discover.

If you’re in a hurry or want to give your feet a break, Paris has a decent public transport system with buses, RER trains and the Metropolitain (underground). You can buy single tickets, packs of ten, or multi-day passes from most train and Metro stations. A single ticket costs €1.90, a pack of ten costs €14.90 and a 5 day pass costs €38.35.

Paris also has loads of bike (JUMP is the main one) and e-scooters (like Lime, Dott and Bird) available for rental, but note that you can only ride in bike lanes or on the road or you could be stung with a €100+ fine.

Taxis can be expensive but there are Ubers available all over the city which are more affordable.

Paris is huge, and with that comes thousands of accommodation choices! The city on a whole is pretty expensive, but there are plenty of hostels that will suit a wallet-friendly budget, as well as some decent cheap hotels.

Generator Paris is one of my faves, right across the road from Colonel Fabien Metro station which means easy transport into the central city. They’ve got modern, functional hostel rooms plus a sweet rooftop bar with views of the Sacré-Coeur. They don’t have a kitchen though and you can’t take food or drink into the hostel, which means you’ve got to spend money on meals out or at the hostel bar.

St Christopher’s also has two hostels in Paris, I stayed at the one next to Gare du Nord (a major train station and the arrival point for the Eurostar) and there’s another one next to St Martin’s Canal, a quieter, more residential area.

The Gare du Nord hostel was an ideal location for me as I was catching a train to Beauvais airport, but the area around the train station was kind of seedy and I didn’t feel particularly safe walking around by myself at night. If you’re in a group or pair, if you’re a guy, or if you’re only planning on going out during the day then this spot is probably fine, but for solo female travelers who might be out and about after the sun’s gone down then it’s not ideal.

How much to budget for Paris

My week in Paris was the first week of a year-long trip, and I blew through my budget more than I should have. If you stay at a hostel with a full kitchen and cook your own meals then it’s definitely doable on a budget, but unfortunately for me (and my bank account) I just LOVE French food and want to eat at all the best cafés and restaurants!

Hostels will set you back anywhere from €15 to €30 for a dorm bed depending on the time of year you go, and cheap hotels will start at around €60 per room (but that’s truly no frills and probably no breakfast included).

Breakfast at a café will be between €5 for a coffee, juice and croissant through to €14-ish for a full cooked breakfast in the fancier parts of the city, and a sit down dinner is likely to cost at least €15 unless you get a fixed price menu in the Latin Quarter.

Picnics are a great choice for Paris on a budget, and you can get bread, cheese and deli meats as well as a bottle of wine to share for between €10 and €15.

Expect to spend around €4-6 per day on transport if you’re taking two or three trips, and you’ll need to budget extra if you’re planning on visiting museums and galleries.

Some extra tips for your Paris trip

And after all that, now I want to go back! I hope this Paris travel guide has helped you plan your upcoming trip, and if you’re keen to follow all my adventures over the next year you can see. 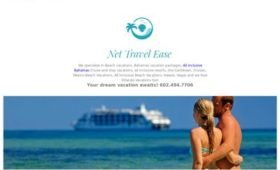 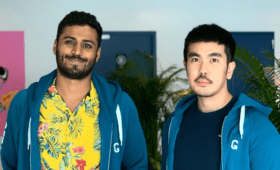