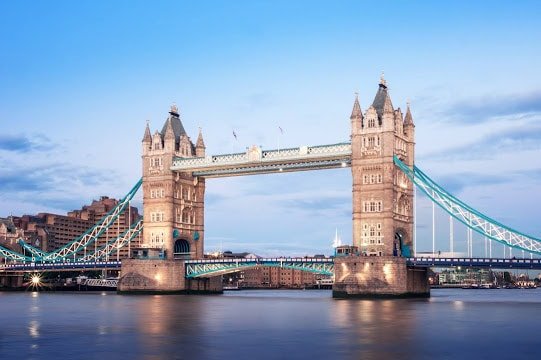 London, the capital of England and the United Kingdom, is a 21st-century city with history stretching back to Roman times. At its centre stand the imposing Houses of Parliament, the iconic ‘Big Ben’ clock tower and Westminster Abbey, site of British monarch coronations.

London is one of the cultural capitals of Europe and has loads of sightseeing and activities for tourists of all ages. There are an innumerable amount of things to see and do in London but here are some “must see” sights that shouldn’t be left out of your travel itinerary.

The British Museum is vast and is so big that seeing everything in one day is near impossible. The Greek and Egyptian exhibits are especially impressive and are considered by some to be the best permanent museum installations of their kind.

The British Airways London Eye can be seen from all over central London; it is the tallest observation wheel in the world. Views from this wheel are impressive to say the least and it will give you a better orientation for your remaining sightseeing.

St. Paul’s Cathedral is over 300 years old and remains a spiritual landmark for Great Brittan. It has hosted weddings and funerals for Great Brittan’s royalty and leaders. The architecture is impressive and a beautiful piece of history.

The National Gallery located at Trafalgar Square is another must see that is impossible to cover in just one visit. The art contained at the National Gallery ranges from Leonardo da Vinci to Monet and is sure to impress even those who are not art savvy.

The London Zoo at Regents Park is home to an impressive amount of animals and is a big draw for families with children. There are daily animal shows and it is so large that two days should be given to see the entire park.

Another gallery that is sure to interest all ages is the Tate Modern Museum. The art installations use different kinds of mediums and range from Andy Warhol to Matisse. The building itself is a work of art and is a “must see” on your trip to London.
The Tower of London is another sight not to be missed. It was built of bricks imported from France and is most popular for its many executions. It was even dubbed the “bloody tower” after it was speculated that Richard III murdered his nephews there.

Another museum to take in is the Natural History Museum which contains one of the world’s largest collections of dinosaur fossils. This is another big hit with the children but is sure to impress adults as well.

If you’re in the mood for a fun and frightful experience do not miss The Madame Tussaud’s Experience. It’s a wax museum full of ghoulish figures; some of them are electronically animated which adds to the excitement.

Finally a trip to London would not be the same without a visit to Westminster Abbey which has become one of London’s most stunning churches. It is not only an architectural masterpiece but it is also the burial place for many famous figures.

London is a fun and exciting city for all ages. Ensure you include as many “must see” sights as possible to get the full London experience and the most out of your vacation.