There’s no shortage of food to try in New Orleans! From seafood to fried chicken, the unique melting pot of people and their respective cuisines have created some of the most inimitable dishes.

Each restaurant provides its own flavor, so here are five of the best foods and where to try them when visiting the Crescent City.

For a little bit of soul, have a meal at Willie Mae’s Scotch House to try some of the best fried chicken dishes in New Orleans. Although the restaurant was damaged after Hurricane Katrina, in 2007 the Travel Channel and Food Network both identified Willie Mae’s as “America’s Best Fried Chicken.” A three-piece plate consisting of either white or dark meat, plus a side, costs $15. Crispy and full of flavor, if you’re looking for a classic New Orleans dish, look no further.

Serving authentic Creole cuisine enjoyed by many, including Barack Obama, Ray Charles, and Quincy Jones, Dooky Chase’s Restaurant serves up some of the best fried chicken. Juicy, tender, and herbed to perfection, it’s one of the must-eat items. With Leah Chase’s recent passing, visiting Dooky Chase’s Restaurant would be a great way to commemorate the Queen of Creole’s cooking and keep her memory alive.

With the Gulf of Mexico to the South and the Mississippi running through New Orleans, it shouldn’t be a surprise that seafood is one of the best foods to try in New Orleans. It’s an integral ingredient of many New Orleans dishes such as seafood gumbo, shrimp etouffee, po-boys, and jambalaya.

The seafood is also perfect on its own. For example, in addition to charbroiled, Rockefeller, and Bienville oysters, many restaurants serve fresh oysters straight from the Gulf of Mexico. During weekdays between 4pm and 6:30pm, Superior Seafood and Oyster Bar offers a $.50 oyster happy hour — truly a steal at $6.00 for a dozen oysters! Acme Oyster House and Felix’s Restaurant and Oyster Bar are also delicious options for some of the best seafood.

A Louisiana tradition, crawfish boils are popular in the spring. Skip the long process of a crawfish boil, and get delicious crawfish by the pound from Cajun Seafood.

The official state dish of Louisiana, Gumbo, has many variations. It’s mainly ingredients include celery, bell peppers, onions, okra, and some sort of meat or seafood.

Located in the heart of the French Quarter, the award-winning Gumbo Shop is the go-to spot for southern cooking, including gumbo dishes. Choose from two gumbo specialty dishes, seafood okra, or chicken andouille sausage for just $9.50. The latter has been selected as ‘the best Gumbo in the City’ by locals!

Another locals favorite, Mother’s Restaurant, is set on busy Poydras Street. At any time of the day, you can be sure to find a line snaking out the door of the red brick building. Don’t worry, though, the line moves quickly! With a casual order-at-the-counter service and comfort food galore, Mother’s truly feels like a welcome home. The Gumbo is thick with shrimp, crab, oysters, and mild spice.

Declared as the official state doughnut, beignets are a New Orleans tradition brought by French settlers from Canada, also known as Acadians.

Café Du Monde started out as a small stand serving coffee and beignets in the French Quarter. Establish in 1862, Café Du Monde has grown into a sizable chain specializing in beignets. One order comes with three hot, fresh doughnuts for a whopping total of $2.73. Beignets also pair perfectly with a chicory coffee or a café au lait. These fluffy squares of goodness are essentially a vessel for the mound of powdered sugar heaped on top of each, which may be the reason they’re absolutely irresistible. It also helps that the French Quarter location is open 24 hours a day, making them a great snack after a night out on Bourbon Street.

Another contender for the best beignets in New Orleans came into the market in 1990, when Café Beignet opened its doors. Different than Café Du Monde, this café makes their beignets soft on the inside and crispy on the outside. An order of three beignets comes out to just $3.99. Additionally, their three French Quarter locations serve food items other than beignets, including omelets, sandwiches, and cocktails.

King cake is made from sweet, brioche dough and stuffed with ingredients such as fruit, chocolate, cream cheese, and cinnamon. Mainly baked during Mardi Gras (Fat Tuesday) season, it’s a pastry that locals and visitors look forward to each year.

Dong Phuong, traditionally selling incredible Vietnamese baked goods year-round, has made a name for itself as the best King Cake in New Orleans. Since they sell out daily, the key is to arrive early in the morning to purchase your King Cake. In addition to their sweet icing and flaky dough, each cake comes with a plastic baby inside. Whoever gets the piece with the baby has to purchase the next King Cake, or they’ll have bad luck! Prices depend on the type of cake, the icing, and filling. Not only is it delicious, but King Cake is also a fun tradition that makes it one of the five best foods to try in New Orleans.

This blog is brought to you by travel writer Vita Zakhu. Follow the rest of her adventures on Instagram @mywalkintheworld. 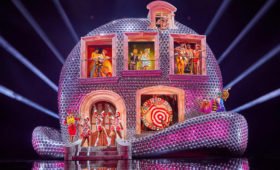 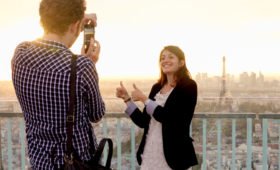 High points of interest to go to in Paris VolHotels